The Golden Compass (and the golden dress) 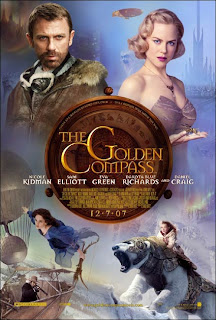 So, just how does an atheist celebrate Christmas? Well, I know what I'll be up to. I'm taking all of the Christian kids I know to see The Golden Compass.

C'mon now folks, could God really be opposed to a movie that features Nicole Kidman in that gold dress? I came darn close to believing in a divine being the first time I saw the commercial.

And what is it with kid's entertainment that gets Jesus' fan club all fired up? Harry Potter, Tinky Winky (or whatever that Tella-Tubbie's name was,) Dungeons and Dragons was a big target when I was a kid, and now The Golden Compass. It's sneaky you say? Right. Its all full of symbolism and what not, unlike good honest films like The Chronicles of Narnia for instance. For the record, I really enjoyed the Chronicles of Narnia. I did not protest it at all.

Don't get me wrong, I'm not really bent about this. I find it quite amusing, and I'm sure the extra publicity isn't hurting the film at all.


PS: "The words daemon, dæmon, are Latinized spellings of the Greek δαίμων (daimon),[1] used purposely today to distinguish the daemons of Ancient Greek religion, good or malevolent "supernatural beings between mortals and gods, such as inferior divinities and ghosts of dead heroes" (see Plato's Symposium), from the Judeo-Christian usage demon, a malignant spirit that can seduce, afflict, or possess humans."
Just so you know.
Posted by KLJ at 9:02 AM