For my CD cover, we started with a great photo by Kiny Mccarrick and then Irina Beffa went to work on it using the old Blue Note album covers for inspiration.
We still need to add the label's logo and the UPC and such, but I think these look great. Which do YOU like better? Let me know in the comments. Click each image to see larger version. 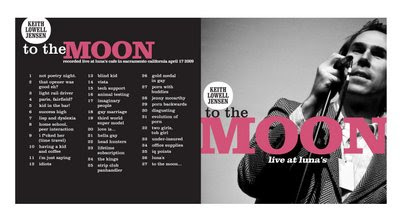 This first design we'll call PINK for it's pink lettering, not for how very gay I look in the photo, otherwise they'd both be called pink. 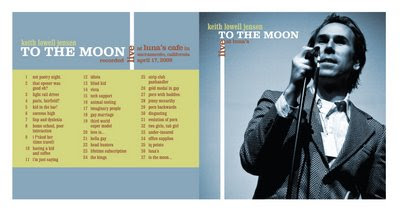 The replies to this one are quite exciting. I've been called an asshole, disgusting, and worse. I'm fine with people disagreeing with me, great with it in fact but it's sad that people have to make an enemy of someone who holds a different opinion than they do. I have people attacking the burqa and expecting me to defend it! I wonder if they listened to the video at all. I find the burqa offensive and oppressive but I don't think we can forbid an adult women from wearing an article of clothing. It's a dangerous precedent. This makes me an evil asshole? Oh well. Evil Asshole here saying, have a great day.

The Iranian Election Protesters had better get some dead celebrities and quick if they'd like to regain the world's attention. Did I see a cell phone image linked on twitter of a bunch of protesters practicing the moonwalk?

So, Michael Jackson is dead. Now that he is gone and I'm thinking back over all the amazing things he has given us, I kind of feel bad that we made such a big deal over the whole kid fucking thing.

I can't feel sad about Jackson's death so much as I feel sad about his life. He has to be one of the more extreme examples of a profoundly broken person behaving desperately. And now the pain has stopped. I have always and will continue to enjoy the amazing contributions he made to pop music and to choreography. No doubt he was one of the more talented people ever to walk (or moonwalk) this earth.

And Ed McMahon is gone too. Does the fact that he was always in trouble financially himself make it more acceptable or less so that he was part of so many schemes benefiting off the poor and gullible (Cash for Gold, Publisher's Clearing House.)
Posted by KLJ at 5:00 PM No comments:

Things We Made put on a great show 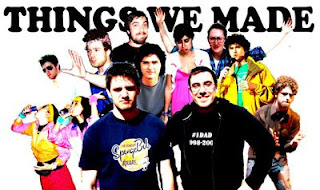 My special guests at Comedy Night last night were a San Francisco comedy troupe called Things We Made. They were phenomenal and we had a nice full cafe to enjoy the funniness.

The "troupe" is mostly comprised of Patrick Bulger and Jesse Fernandez. Last night they were joined by the very strange and very funny DJ Real and a great stand up by the name of Joe Tobin. Last week's healdiner, Cheese also came up with them and did a set which was a pleasant surprise.

Patrick and I talked afterward and it looks likely that we'll have them back in two months with an all new show.

I did a few minutes at the top of the show doing all brand stinking new material and I was quite happy with it.
Posted by KLJ at 8:21 AM No comments:

Obama and The Iranian Election 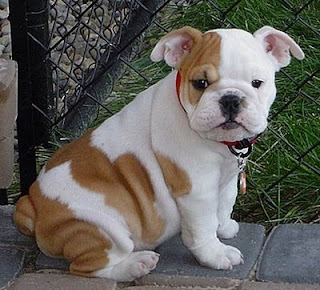 First off, I'd say Obama is a one of the main factors behind the conflicts in Iran right now. Just as 9-11 united our country for a time against a common enemy, Bush's Axis of Evil speech and the stand off regarding nuclear weapons gave Iran their own Boogey man. It would've been downright unpatriotic for an Iranian not to support Ahmadinejad as he stared down the threatening US.

But then along comes Obama, with his goddamn respect and offer of talks and cooperation and suddenly, the Boogey man turns out to be quite nice and Iran is not so united with a bit more room for internal conflict.

If you need proof, look at the strategy Iran's supreme leader is employing, trying to blame the unrest on the west, trying to fear-monger like some kind of American Republican. I'm sure they too have a risk assessment color chart and red, white and blue is at the top of it.

The leadership there is SO desperate they're calling England a threat, ENGLAND! Like that little island can really threaten anyone in this day and age. What are they gonna do? Withhold kippers? They might attack, but not until after tea time. Sorry England, I'm kidding of course. You're really quite tough. Yes you are. Who is a tough wittle Empire? (Read that in baby talk, it's hilarious.)

Now people are bitching that Obama doesn't try a bit of force or at least some threats. Yeah, because that's worked so well in the rest of the middle east, yes? The definition of insanity that reads "Doing the same thing repeatedly and expecting different results." would seem to apply here.

Yes, I feel sorry for the dead protesters and their families but making a lot more dead people with no solid plan and very little chance of achieving peace and democracy is not the way we make sure they didn't die in vain. I stand behind Obama's voicing of support while being very cautious with threats and action.

How many Iranian protesters are asking for us to intervene militarily anyway? Have you heard such a request? They are the ones who actually have to live with whatever comes next, I value their voice in this. And I just can't imagine them inviting us or our bombs over.

Think of it this way. When Bush stole the Presidency here, would we have welcomed some "support" from Iran? Or from anyone for that matter? No, I didn't think so. Okay, so shut up now and go turn your twitter icon green. It may not make any real difference but either will your talk of smart bombs and reckless action and it'll at least make you look cool.
Posted by KLJ at 10:14 AM No comments: