I found this article titled:

Yeah, if Warren were in I'd support her. I'd support Hillary before O'Malley though. But I imagine there are people who'd prefer O'Malley to Hillary. It's almost like people are voting for the person who best represents their views and Hillary might not be in the top 3 positions on that list for some of them.

2. Do you honestly believe that Bernie would do well with foreign policy? Do you think he’d really be able to get congressmen of either party to vote for any of his initiatives once they see that he’s not willing to compromise even a little? Are you envisioning a scenario in which President Bernie would be able to get anything accomplished at all? Even his most prominent supporters like Noam Chomsky have acknowledged he would get nothing done in office. Are you so enamored with the very idea of a protest candidate winning, you wouldn’t care that he’d be ineffective?

I'm a bit emboldened perhaps by Obama getting as much done as he has even with the House and Senate he has, but I suggest you look into Bernie's history or even just listen to him more than you seem to have. He is an adept politician, no stranger to politics or to compromise.
And to be honest, I'm more concerned about what he'd stop from happening at this point given the extreme platform of the modern GOP.

3. Are you unable to understand national polls, or do you just like to ignore them because they reveal that your guy is losing by thirty-eight points within his own party?

Do you just pick your candidate by who seems to be winning? Bernie has been gaining ground. He may win a couple of early primaries and the effect of that might further close that gap on the national scene. Or I might campaign for the candidate I am passionate about, and if he loses, take the loss like an adult and decide what to do from there.

4. Are you under the impression that the people showing up to Bernie’s rallies each get more than one vote? Is that how you think he closes the gap? Or have you intentionally saturated yourself so thoroughly with people voting for your guy that you’ve honestly forgotten the vast majority of the nation says they favor someone else?

Yes. OMG? You mean, you don't get extra votes when you attend a Bernie rally? WTF?! (See answer to #3, and quit being an asshole.)

5. Do you understand that Bernie’s refusal to take traditional SuperPAC money means that even if he did get the nomination, he’d be outspent ten to one by his republican opponent? Are you aware that moderates and undecideds make their decisions based primarily on television ads, which are the most expensive part of any campaign? Do you get that nearly every ad would be for the republican? Do you get that he’d almost certainly lose? Would you really rather Bernie get the nomination and lose, than Hillary get the nomination and win? Because that’s how it looks to the rest of us.

Yeah. We understand. Do you get that for many of us it's one our favorite things about him, and that the world is changing fast? We are becoming the media. The GOP is not putting forward a serious candidate. If ever there was a time when this could happen it's now, (and also several other times in a our history when a dark horse candidate won.)
Are YOU suggesting the Democratic establishment as well as all the registered Democrats aren't going to pull together behind Bernie if he gets the nomination?

6. Why do you spend more time pushing crazy lies about Hillary than you do talking up Bernie’s ideas? Bernie himself has made it clear that he thinks highly of Hillary, and he scolds any reporters who try to get him to trash her. If you’re primarily supporting him because you think lowly of her, have you considered the extent of the disconnect between you and your candidate? Has it occurred to you that if Bernie heard you talking about Hillary the way you talk about her, he’d angrily tell you off?

But I don't. I actually follow Bernie's lead on this one. As do most of his supporters. Why would you let the loudest and most obnoxious followers of any group represent the majority?

7. Do you really think that Bernie’s strong showing in New Hampshire, a tiny state five minutes from where he lives, where he’s been locally popular for decades, is representative of the nation? Do you really think that New Hampshire’s four electoral votes will make a difference in this primary? And again, do you not know how to read national polls, or do you just like ignoring them because those polls reveal that your guy’s candidacy is already finished?

This should have been 8 (sort of) Honest Questions, since this is the third time you're asking this one. I'm curious why you're so interested in what we think if you're so sure this race is already over...

8. Do you get that you’re supporting Bernie for essentially the same reason that conservatives are supporting Donald Trump? Do you realize that both men are basing their campaigns entirely on “government sucks, the system sucks, both parties suck, politicians are idiots and a trained rat could do better, and I’m just that trained rat.” Do you not understand the parallels between your desire to stomp your feet at Bernie’s generic indignance, and conservatives’s desire to stomp their feet at Trump’s generic indignance? Does that not embarrass you?

Do you get that Bernie is a life long politician? Do you?

9. Most of you supporting Bernie are also fans of Obama. Seeing how Obama has all but endorsed Hillary, and how Obama sees her as his natural successor, don’t you find it odd that you’re instead rooting against her – even as you still try to take credit for supporting Obama? How does that make you any different from the republicans who try to take credit for Obama’s accomplishments while insisting he should be replaced by republican?

I disagree with Obama on many things. I am a fan of some of his stances and accomplishments. It's almost like I have a nuanced view and it's not a "For him or against him" situation. I'm also not rooting against Hillary. I have some problems with Bernie's voting record. A few. I have many more with Hillary's. If she becomes the nominee I will vote for her as I believe she is better than anyone the GOP is offering up, by far. I'm very glad that Bernie, and more importantly the support he's garnered, is pushing her further to the left.

10. And the only question that truly matters: when Hillary becomes the democratic party nominee, will you pout and stay home on election day and hand the nation back to the republicans? Or will you show up and vote for Hillary because you know she’s the far better of the two candidates? While none of us understand why you’re supporting a less-qualified protest candidate whose ideas aren’t realistic and who can’t win anyway, we’re really only going to judge you based on what you do on election day. So when it’s Hillary vs Jeb TrumpCruz, what’s it going to be?

If those are my choices, I will vote for Hillary. You're worried about her beating them even as you're so sure of her beating Sanders? Weird.

Delivery: Comedy fresh to you 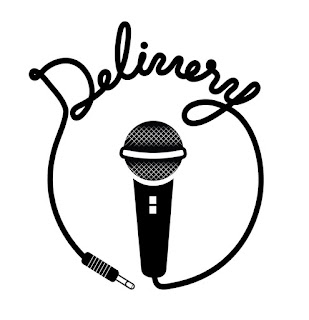 Keith Lowell Jensen and Johnny Taylor will come to you with a 20 minute stand up comedy show. We provide the sound, the lights, and the hilariousness. All you do is sit back and laugh. 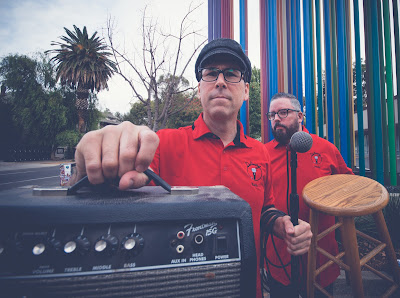