Doug Loves Movies, and tolerates me 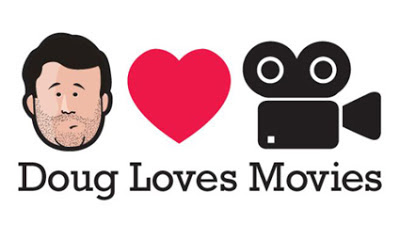 Hey, here is a link to listen to Doug Loves Movies, with me guesting along side Ngaio Bealum, and Rory Scovel. That's pretty cool!
http://player.fm/series/doug-loves-movies/ngaio-bealum-rory-scovell-and-keith-lowell-jensen-guest

It was a good time doing the show but also kinda stressful. I really wanted to nail it but its so far outside of what I normally do. I think part of the reason I'm driven to do stand up is the control. I can put my self out there socially but I'm rehearsed and in control and so my social anxieties are mostly dealt with. So, to enter that zone, where I'm amplified, illuminated, on a stage but I have to just roll with it, that bugs me out. My favorite moment is when Doug says he'll never have me on again and takes my microphone! I read it as only half joking, pretty sure that I was in fact annoying him. I knew I had to do something to redeem myself, and I think I did. Hopefully I get to do it again! I left the taping, hopped in a car and raced to San Francisco to audition for The Great American Comedy Festival.
Posted by KLJ at 2:08 PM No comments:

When The Truth Knocks, Will You Answer?

Knock! Knock!
Who's There?
Truther
Truther Who?
I don't think anyone really knocked on the door. The government wants you to believe someone knocked. Why did the news originally report a ding dong noise? And what about the peep-hole. Wouldn't the homeowner have just looked through the peep-hole? There were reports of a second "knocker" that have just disappeared, not to be talked about after the first ten minutes of the story breaking. Did anyone examine the supposed knockers knuckles? The neighbors to the right and left didn't hear knocking. The town where the knocking occurred is a doorbell manufacturing town AND most of the homes have screen doors. If you add up the knocks it equals 2. September 11th, 11 looks like the roman numeral 2. If you don't see the Illuminati in this you're not looking hard enough. And why does my spell-check know to capitalize Illuminati? Microsoft is so in on this. Our country's security systems are run on Microsoft. Take off the blinders and put down the kool-aid,
they'll be "knocking" on your door next!!!
Posted by KLJ at 9:54 AM 1 comment:

She said it alright!