Johnny Taylor "Tangled Up In Plaid" 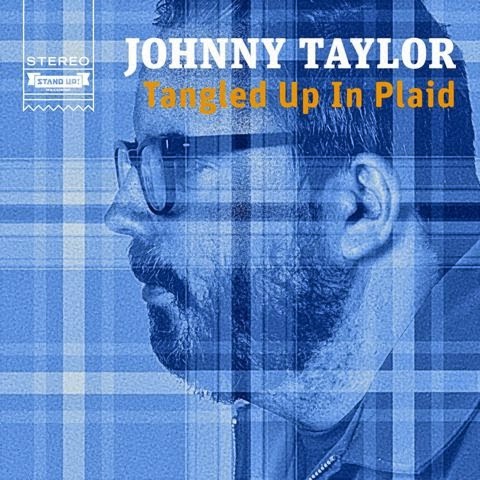 I have a huge bias here, as Johnny Taylor is one of my best friends, but we sought each other out to work together and then became friends because we liked each other's comedy, and Johnny's first album captures what it is that I love about his stand up.

His slow, steady delivery, amazing story telling, and dark sensibilities are all present. It's confidence to the point of arrogance the way he refuses to "sell" the jokes. He puts 'em out there patiently, and lets the writing get whatever laugh it's gonna get. The laughs come through.

The one point where a particularly dark joke doesn't get a laugh from the crowd gets one from the comic as he relishes in the shocked silence. If you're not familiar with Johnny Taylor's comedy, please don't think I'm describing a "shock" comic, not at all. Johnny's shocks come from an honest and sincere place where he doesn't steer clear of them rather than mining them for cheap thrills. He is the real deal.

I'm excited that this is coming out on Sept 23rd from Stand Up! Records.
Posted by KLJ at 12:14 PM No comments: