New Genuine Faux! Check out all the Genuine Faux strips at www.GenuineFaux.blogspot.com
Posted by KLJ at 11:03 AM No comments:

And visit our Facebook page here: http://www.facebook.com/GenuineFaux
Posted by KLJ at 2:38 AM No comments:

Comedy and Everything Else

My friend Johnny Taylor and I had the good fortune to join Jimmy and Stef on Comedy And Everything Else. Click here to check it out: http://www.jimmydorecomedy.com/comedy-and-everything-else/comedy-everything-else-ep-168
Posted by KLJ at 8:46 AM No comments:

Oh damn, looks like we killed Breitbart for nothing! 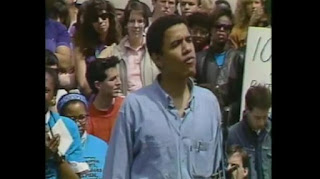 "Breitbart.com editors Ben Shapiro and Joel Pollak said Wednesday on Sean Hannity’s radio show that they would release footage that proved President Barack Obama had “radical intellectual founders” — footage which was covered up by the mainstream media.

But before Breitbart.com released the footage, PBS Frontline published the full unedited video themselves, noting that they had previously included the footage in their election special The Choice 2008." Click here to read the full article.

Breitbart's "career" was just case after case of him NOT having anything damning but being crafty in the editing suite. Weiner is his one great success story. He actually did catch the senator sharing a dick pick. That's it. That's the man's real legacy.
Posted by KLJ at 10:53 PM No comments:

I keep hearing people say that we haven't come that far in terms of freedom of speech. Most recently I heard this in a preview for the new Lenny Bruce documentary. Then I finished listening to the latest Doug Stanhope album while wishing these whining idiots would read more and talk less.

They hold up as examples Tracy Morgan or Michael Richards getting in trouble for their speech. What trouble did these rich men get in? Did they lose a big TV contract? Did they hurt their chance of staring in a movie opposite Jennifer Anniston? That's why they apologize. They apologize because WE will use our freedom of speech to say that they're assholes and we don't want to buy what they're selling anymore.

Someone like Doug Stanhope, who chooses to say whatever the hell he wants, doesn't get to be on Good Morning America. Poor guy, he just travels all over the world performing for people who absolutely love him and he makes his living doing comedy rather than digging ditches in the smog and the sun. Mind you Doug isn't the one complaining. Neither is Kat Williams or Jim Jeffries. Its the apologizers, the Michael Richards and Tracy Morgans who come out weepy eyed and oh so sincere and ready to enroll in sensitivity training so that they can continue to be on Network shows.

What blows my mind is that being in the top bracket of society, the absolute top bracket of SHOWBIZ society even, and having that threatened because we stop liking them, because we start thinking "Hey maybe this guy is a dick.", should be seen as comparable to being thrown in jail, having your shows shut down by cops, being framed and harassed. I go up onstage constantly and say shit that would've gotten Bruce locked up again and all it does to me is take away from the time I am supposed be spending getting my "TV Clean" 5 minutes ready. OH HOW OPPRESSED I AM! We've made no progress!
Posted by KLJ at 1:08 PM No comments:

I'm Going Back To Bridgetown!

I got in again. Yay. Wasn't sure if having been there last year would help or hinder, even though I felt I did really well.
Whatever it did or didn't do for/against me, I GOT IN. I'm going back to Bridgetown and I couldn't be happier.
http://bridgetowncomedy.com/

Here is a picture of me visiting with Portland filmmaker Bob Moricz & artist Irina Beffa durring 2011 Bridgetown.﻿﻿
Notice I'm wearing my lanyard. Didn't take it off the whole time I was there whether I was performing or not.
﻿﻿﻿﻿﻿﻿
Posted by KLJ at 11:04 PM No comments: