Larry The Cable guy says "Git 'er Done" and it lets you know that he said a funny thing and it's time to laugh. I am working on coming up with my own line to make it easier on my audience to know when they should laugh. I'm thinking of using, "That's it. That's the joke." 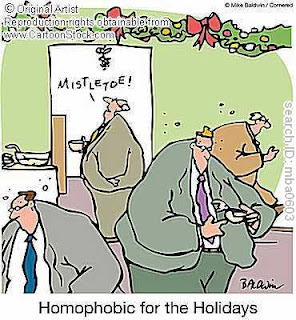 I don't like violent psychopaths being described as "homophobic."
Mostly I resent the association, for you see I am homophobic.

I have lots of gay friends, and sometime I get a little freaked out around them. I'm a guy and as a guy it's my experience that people who might like to have sex with me are usually smaller than me...
and not looking to put anything inside of me...
well, maybe a finger but a 7 foot tall bear wanting to fuck me is foreign to me and so, likely to scare me a bit, even if he is a sweetheart.
There is no shame in having a phobia. Nobody gets mad that I'm afraid of heights and likewise you'll never see me get a bunch of my friends together who are also afraid of heights so that we can pile into a pick-up truck and cruise the town looking for tight rope walkers to beat up.
"Hey walky, what you doin' up so high? That aint natural."
"God made Adam and Eve not Adam and Eagle!"
"You can't adopt kids! You'll just teach them to tight rope walk."
Calling violent bigots homophobic is letting them off the hook. Sure, they probably are afraid of gays, but the problem isn't that they're afraid of them, IT'S THAT THEY'RE TRYING TO KILL THEM!
And they know this in the homo-hating camp. I've actually heard the remark, "Aint afraid of 'em. Just don't like 'em."
Now I must admit the real reason for this rant was so I could use the phrase "Homo-hating Camp." I really love the thought of a Homo-hating themed summer camp. Can you imagine that camps arts and crafts time?!
(Thanks to Kel Munger for helping me think this out.)
Posted by KLJ at 11:04 PM 1 comment:

People still think I'm gay.
I told them I'm not!
If people thing you're gay, you're screwed. Because you can't tell them you're not. Nothing sounds as gay as saying, "I'm not gay."
It's like people always expect that to be followed by "...but..."
"I'm not gay but... boy do I love to have sex with fellas!"
Posted by KLJ at 3:36 PM No comments:

Email ThisBlogThis!Share to TwitterShare to FacebookShare to Pinterest
Labels: comedy

My first less than glowing review

I've had an easy time with the critics, getting great reviews so far, so it wasn't too hard on me when I finally got one that didn't say I was God's gift to comedy. And the review really isn't bad at all. He had some constructive criticism that I actually agree with and I'm going to re-read this review before I record my next album in Spring 2010.

My favorite line of the review:
"Jensen has a hard time focusing on any one thing for too long."
Ha ha, sounds like it came straight from one of my school teachers. I also really enjoyed reading "He's got a dark sensibility and a propensity for logic over blind acceptance."

I also like that he is one of the few reviewers NOT to focus on my "Muppet like" "Gay Will Ferrel" voice.
Posted by KLJ at 10:22 AM No comments:

More faithful than I want to be 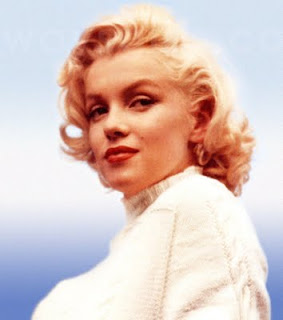 I am a faithful husband.

I am more faithful to my wife than I want to be.

I have dreams where a hot woman is picking up on me, and I'm putting them on hold to call my wife and get permission. In a DREAM! And my wife doesn't answer.
I wake up mad at her and she doesn't know why.

Just to be clear, I don't call my wife in real life to ask if I can have sex with other women. I mean, there are situations where I would. If Marilyn Monroe's identical twin granddaughter found me, my wife would hear my special ring tone going off in her purse. But that doesn't happen in real life, it happens in dreams and in dreams I shouldn't need permission and if I'm considerate enough to ask permission I think the least she could do is answer the goddamn phone.

But she didn't and that is why, I don't think asking her to put on the Marilyn costume is unreasonable on my part at all!

Ahhhhhhhhhhhhhhh show done.
Shit.
Tonight could end up being a very significant night. We shot the Coexist? Tour. We had a great four camera crew. We had a sound man. We had a director who is experienced and well connected. Unfortunately, I did not have my best set. I had some killer jokes and I did not have a bad set, but I've had some really great sets with the Coexist? tour and this wasn't one of 'em.
It still might come out great. I know I'm my own harshest critic and I know we do have a good director who wants to make me look my best so we'll see what happens.
I'm exhausted with producing and performing. I give all my energy to production and then I go onstage and recite instead of perform.
I also feel like this material might be over-rehearsed which leads to reciting. I've only dealt with under-rehearsed before so this is new to me.
Well, we wait. We wait and we see what comes of it.
Posted by KLJ at 12:58 AM No comments: